Adding lights to your model provides that little extra authenticity when your airplane or helicopter is zooming by in front of you.

Many excellent LED light solutions on the market will do the job, but sometimes we need the flexibility to have it the way that suits our personal needs and application.

For many, wiring and installing the LED’s is easy as it is part of our building process. Most of us know how to handle a soldering iron to solder the wires to the LED leads and attach them to the wingtips, tail, nose gear, or any other location that fits your model.

The next step that has to be addressed is how to power the LEDs correctly and control them from your radio. Unfortunately, LEDs are susceptible to the way they are powered, and many of us have experienced that split moment when we apply power to see them going up in smoke because the current and voltage settings were not suitable for the LED. Very frustrating!

Each LED type has its technical specifications we have to be aware of before it can be connected to our power system. For example, depending on the voltage used, most LEDs require a resistor to reduce the current that flows through the LED to avoid damaging it.

The resistor value must be accurately calculated to reduce potential damage to the LED and avoid excessive heat built up by the resistor. You will need to calculate the resistance and how many watts the resistor needs to handle the current flow in the LED circuit.

We want to power a 5mm green LED directly from our receiver powered at 6 volts.

To calculate the resistor value, we first subtract the voltage drop (2.6V) from the supply voltage (6V), which is 3.4V, and then we divide it by the rated current (20mA), which calculates to a 170-ohm resistor.

We also need to calculate how many watts the resistor should handle, which we calculate by multiplying the LED drop voltage (2.6V) and current rating (20mA), which equals 0.052 watts.

But what if we want to add more LEDs that are more powerful (brighter) or have a different color?

If we add another green LED in series to the same circuit, we will now need a 43-ohm resistor at 1/8 watts. However, if we opt for a brighter LED type (more lumens), the current rating for that LED type can be several times higher (200mA), requiring a 5.3-ohm resistor at ¼ watts.

Each change we will be making to our light system, such as adding more LEDs, increasing voltage, or using brighter LEDs, will require re-calculating new resistor values, making the setup not very flexible.

Resolving any of the challenges mentioned above can be overcome with an LED Current Controller.

The LED Current Controller is a switching controller that ensures a constant current supply to all the LED lights in a model.

Worries about using the correct resistor value or voltage to protect the LEDs from burning are a thing of the past with the LED Current Controller.

No resistors are needed as the LED lights are connected directly to the controller board, which regulates the proper current flow to the LED.

The LED Current Controller can be powered from a 4V – 28V (1S – 6S) external power source or directly from the receiver.

The LED Current Controller also eliminates the need for unique control boards to turning the LED lights on or off as it can connect directly to a receiver channel with digital output or even to an existing switching module to control the lights from the radio. You can also use an external switch which further simplifies the installation and wiring of multiple LEDs in your model.

The most straightforward way to install the LED Current Controller is direct to a power source (4V to 28V) and operated by a switch. You can eliminate the switch by connecting the control signal wire to the positive lead of the battery.

Radios that have the option to set a digital switch output on receiver channels such as Jeti and Graupner can have the LED Current Controller directly operated from the radio. Using digital switches opens up the possibilities for programming flashing lights, flashers, and more without the need for additional electronics.

In the event that the receiver is not sufficient as a power source, you can power the LED Current Controller from an external power source. Follow the diagram to ensure proper connection. 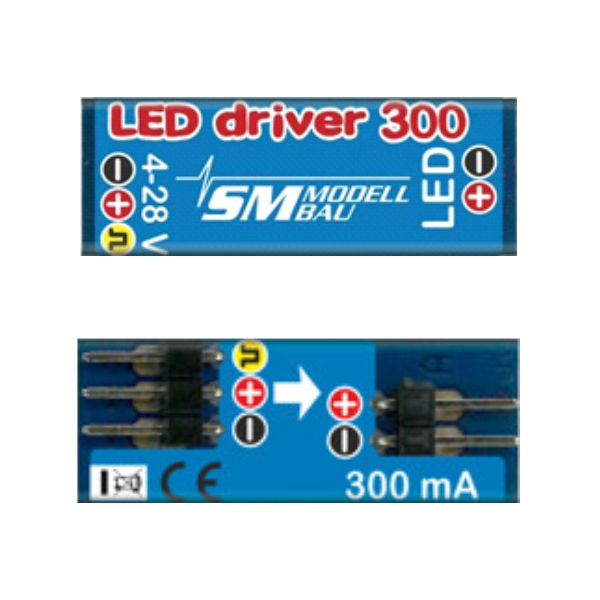 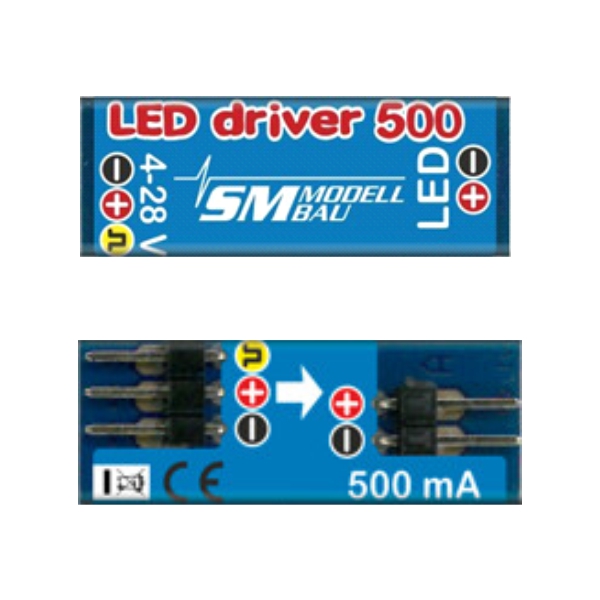 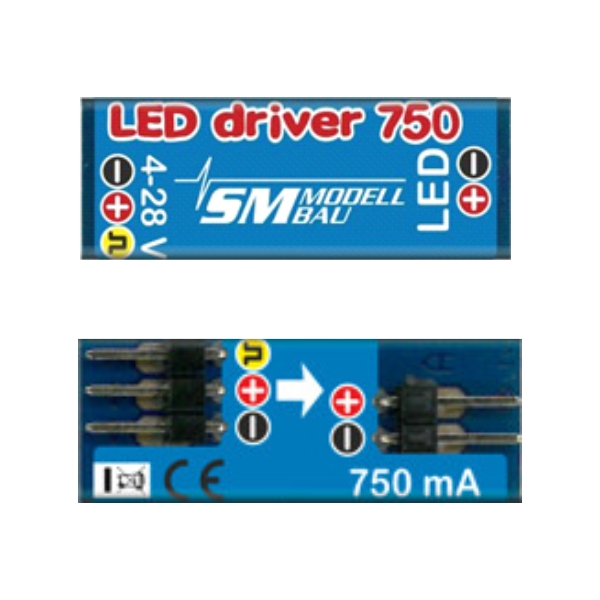 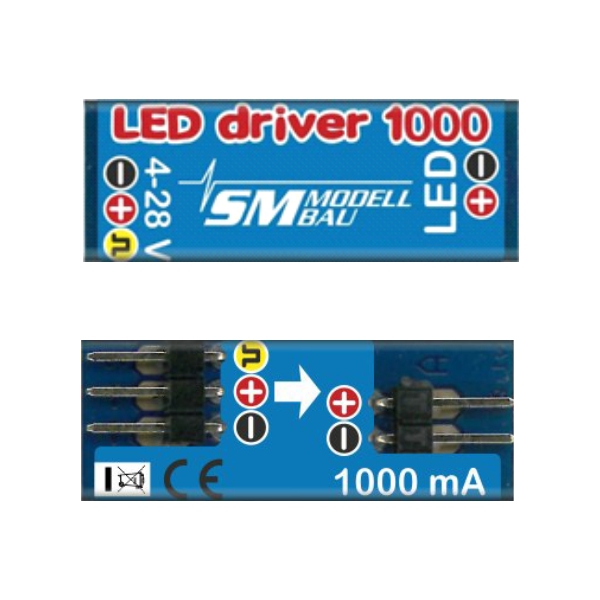 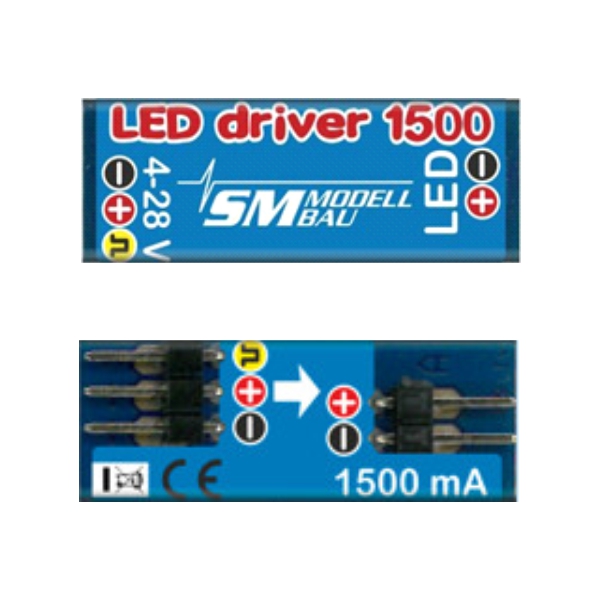